I wrote an article for the CBC! And there was some drama... 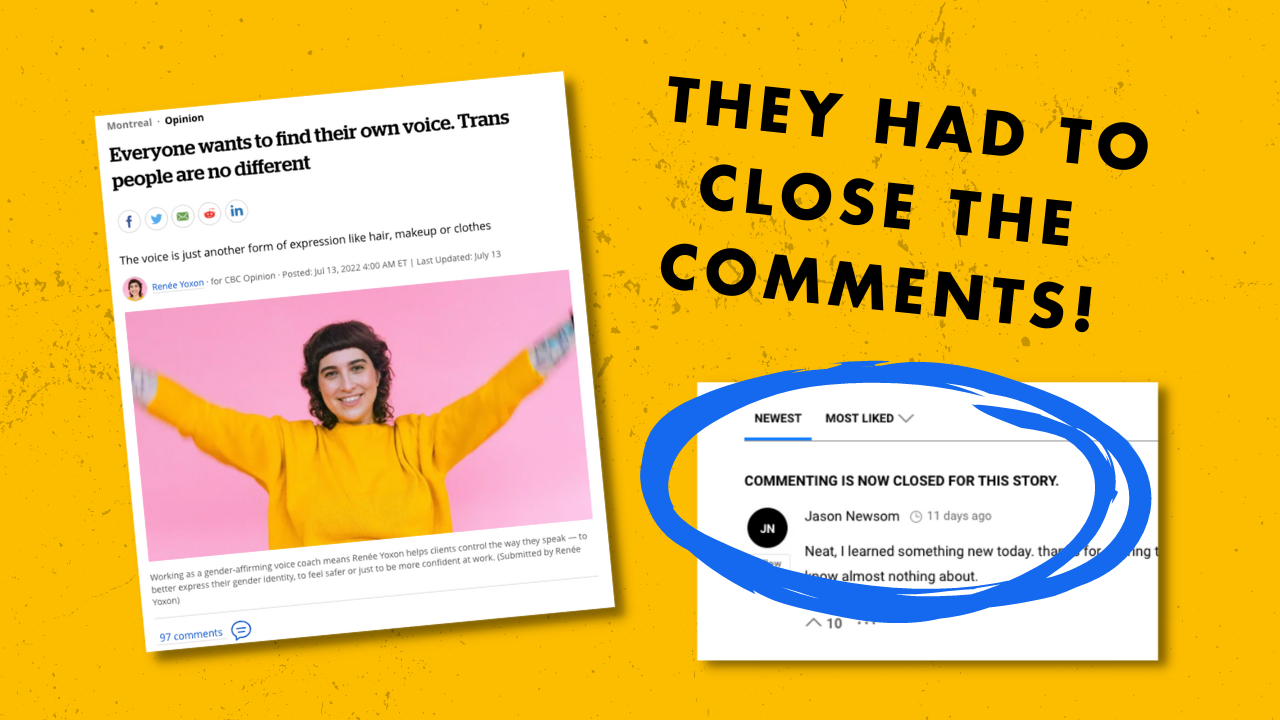 A few months ago, I was extremely honoured to be asked to write an opinion piece for CBC Montreal. I'm always excited for any opportunity to talk about the voice and my work, and so of course, I jumped on it.

Cut to last week, and the article finally came out! It was given the headline "Everyone wants to find their own voice. Trans people are no different". Here is a short excerpt:

When I tell people what I do for a living, I always get the same reaction: "I had no idea that that was a thing!"

I work as a gender-affirming voice teacher. I help people modify their speaking voice to better align with their gender presentation. My services are usually, but not exclusively, sought out by transgender people.

Many people think of the voice as something rigidly biological — something that you're born with.

But if you measured biological components of voices (like vocal tract size or vocal fold mass) from any population, you would see two overlapping peaks. One peak would include the average experience of those who have undergone a testosterone puberty in their adolescence, with those who have not largely falling under the other peak.

Sounds complicated, right? It would be easier to say, "men have one type of voice and women have another," but like many other human traits, that doesn't reflect the biological reality of the world we live in.

If you want to read the whole article, click here.

I was very proud to talk about voice alteration and how natural and fun it can be to an audience that may have never heard of this, and also to get my services in front of the eyes of trans folks who may not know me. But of course, CBC is a national publication, and it did not take long for the trolls to come out in drove.

Within a few hours of the article being published, there were quite a few transphobic comments. I won't publish any of them here because it's the same stuff we've all heard before, and none of them engaged in a meaningful way with my text, so I won't offer them that courtesy.

Luckily for me, an intrepid woman on Twitter took the initiative and filed a complaint with the CBC News Ombudsman, leading to some transphobic comments being removed and the comments section being closed completely. 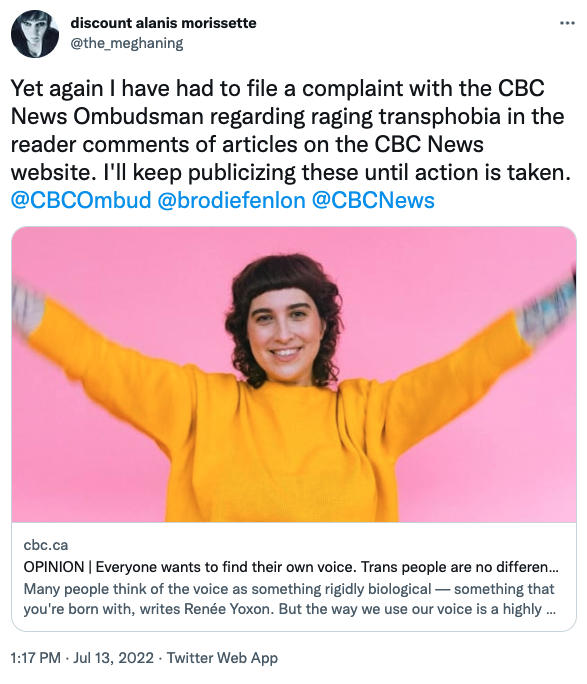 This is my first time being the target of transphobic ire, and I must admit, it shook me a little. There have since been right-wing publications that have posted the video from the article with some criticism or posted the article whole-clothe (I guess the criticism is implied?).

Most of these articles seem to be taking issue with the fact that a publicly-funded publication is posting voice modification tutorials. Still, it all feels like thinly-veiled transphobia to me.

Now that it has been a few weeks since the "controversy", everything has blown over, and I'm no longer finding my face in transphobic Twitter threads. I am happy to have learned through this experience that I'm tougher than I thought. My momentary feelings of fear or anger were quickly replaced by pity for those taking the time to write angry things about me. They clearly don't have full, beautiful, and authentic lives if that's how they decide to spend their precious time on this earth.

I, on the other hand, have plenty to do! I'm very excited about all the courses and free voice resources working their way down the pipeline right now. Stay tuned! 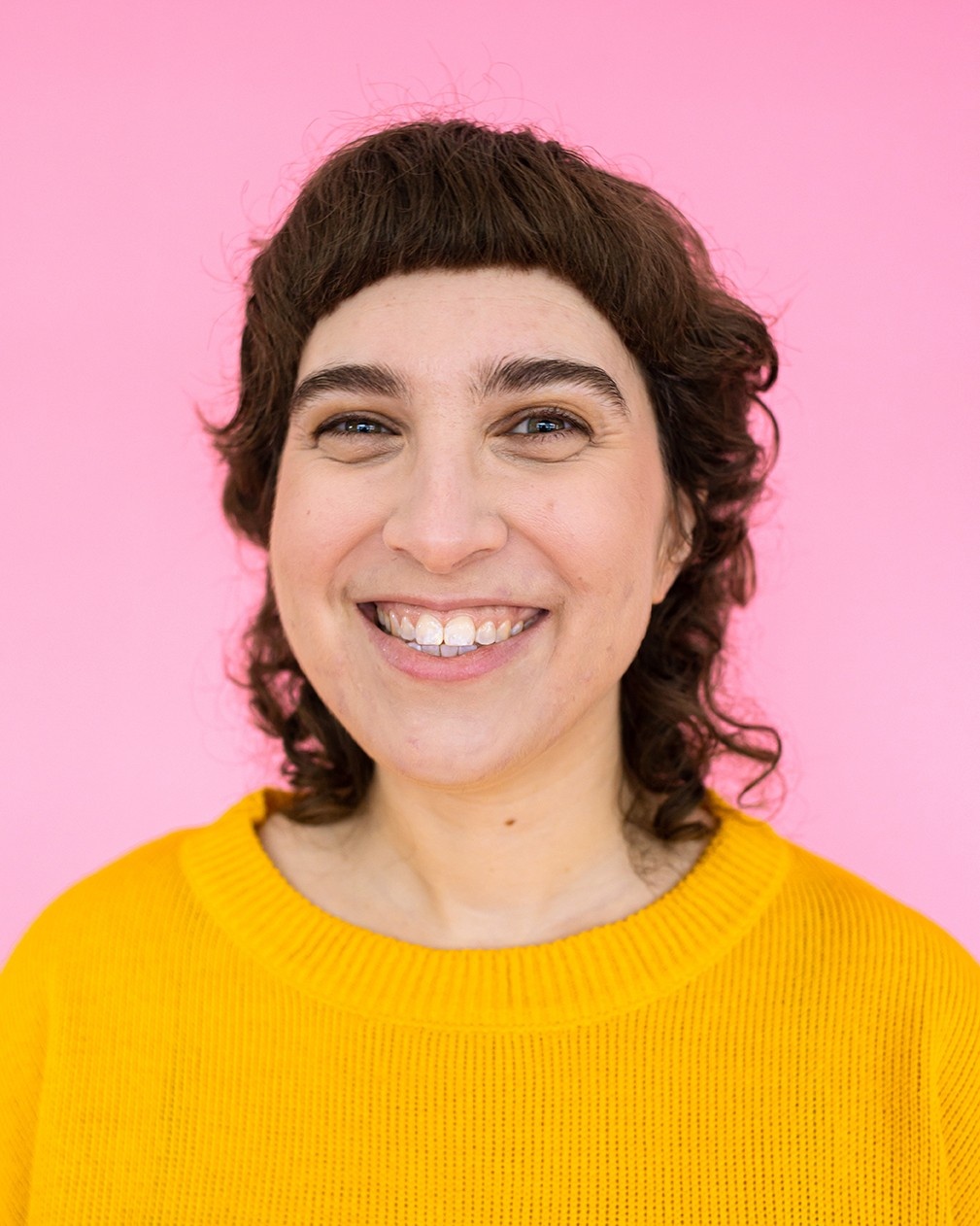 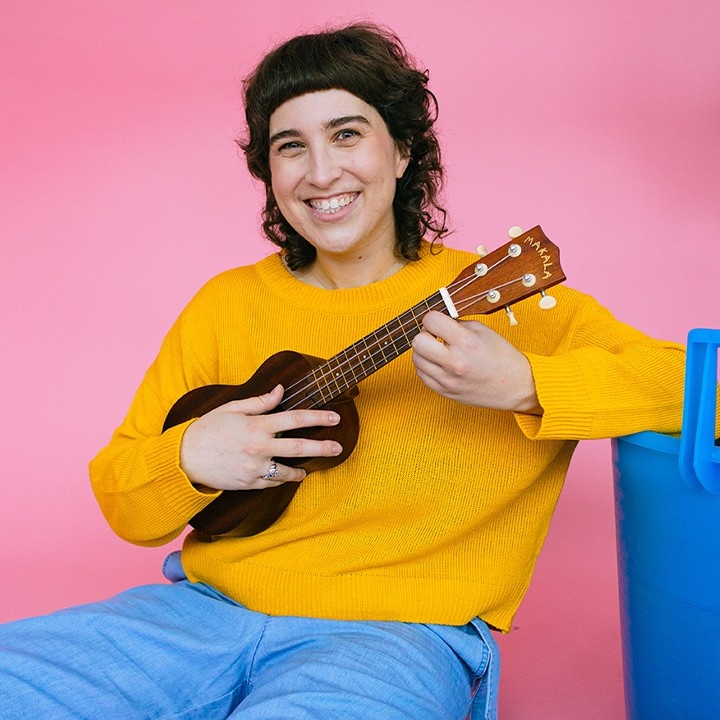 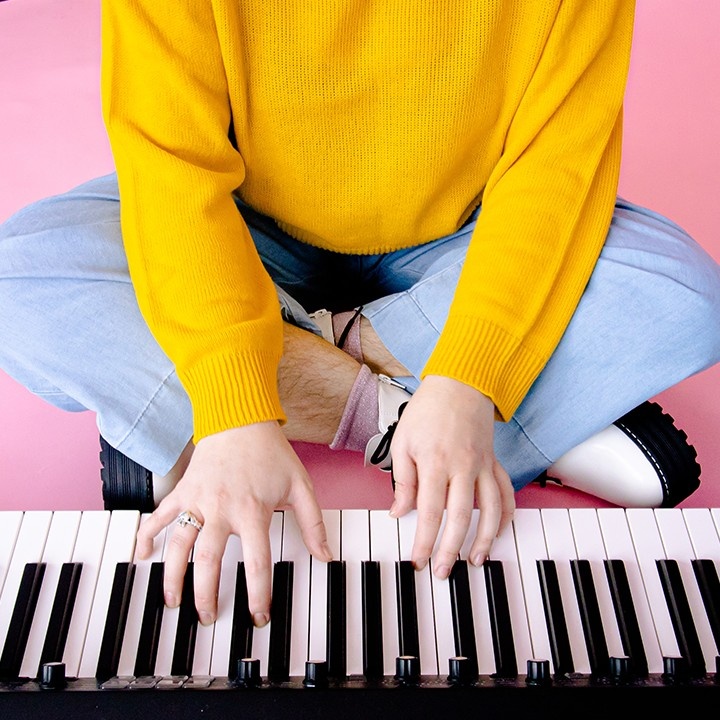 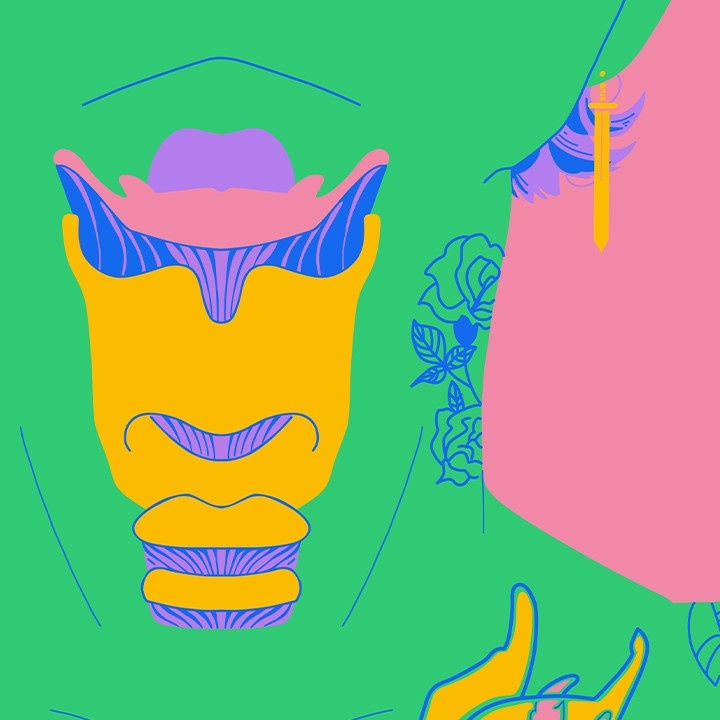 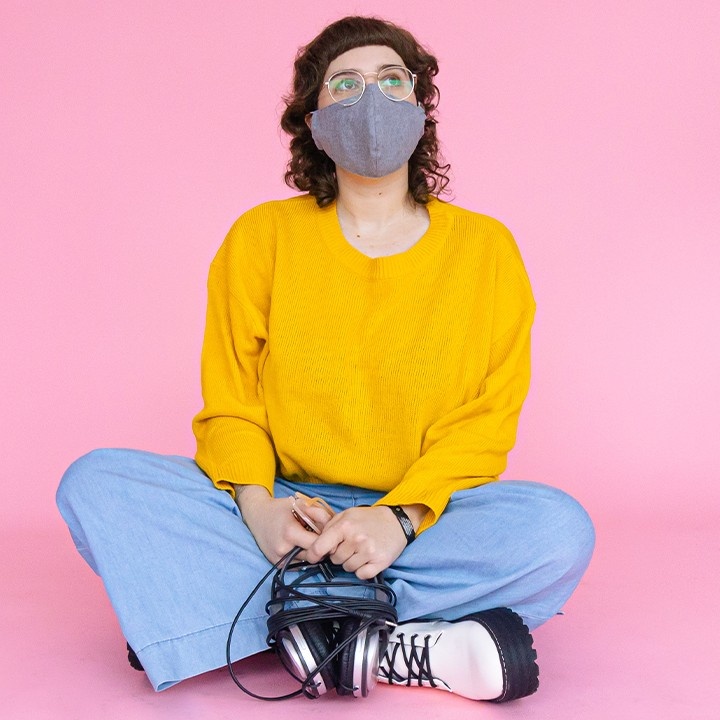 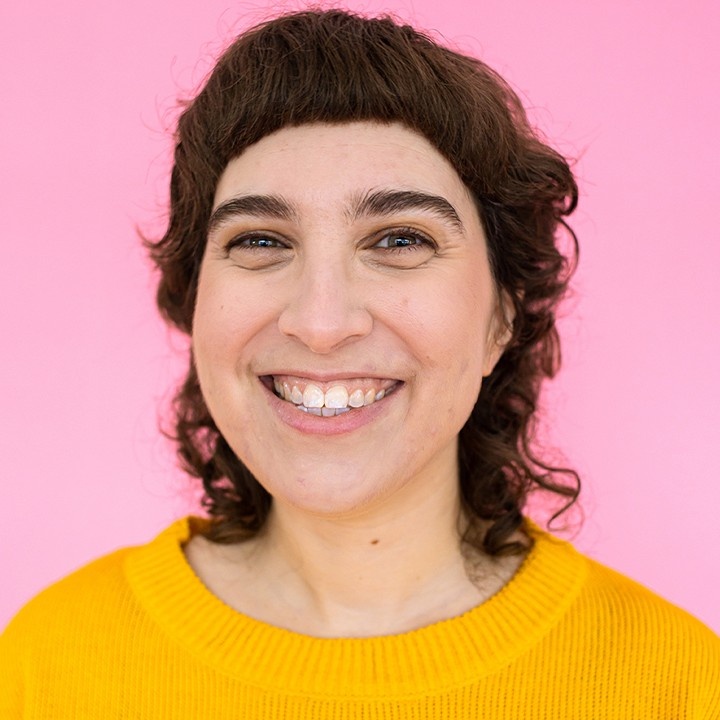 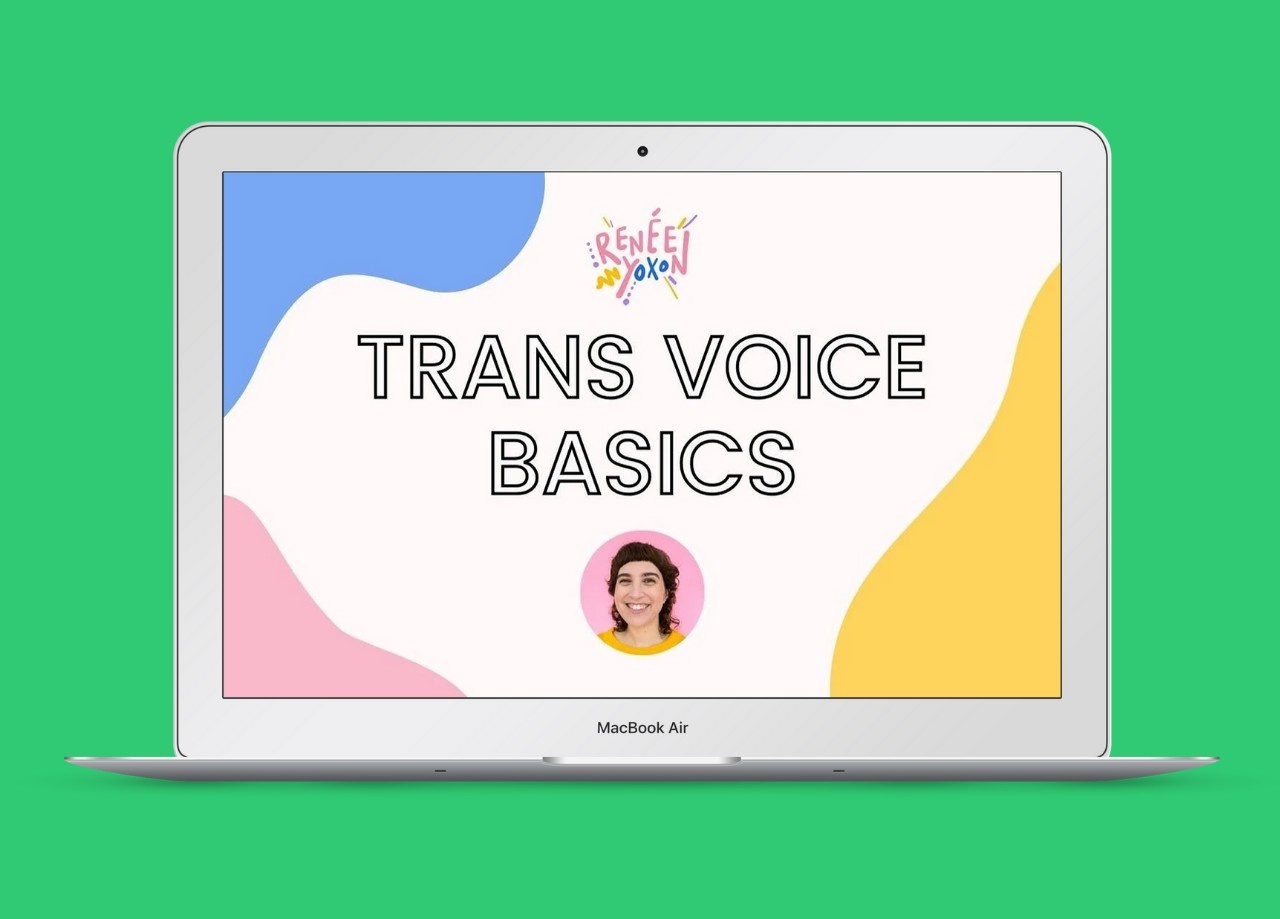 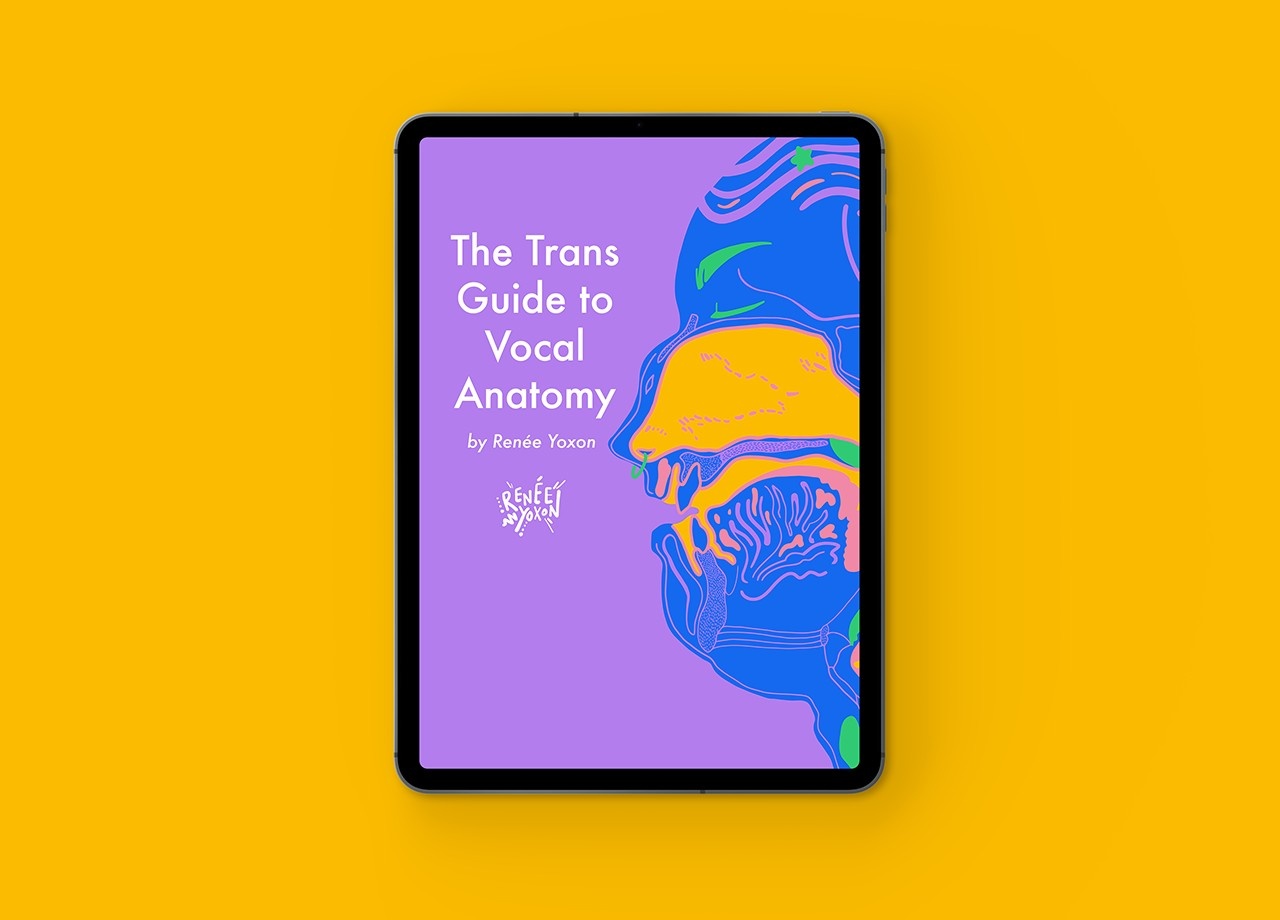 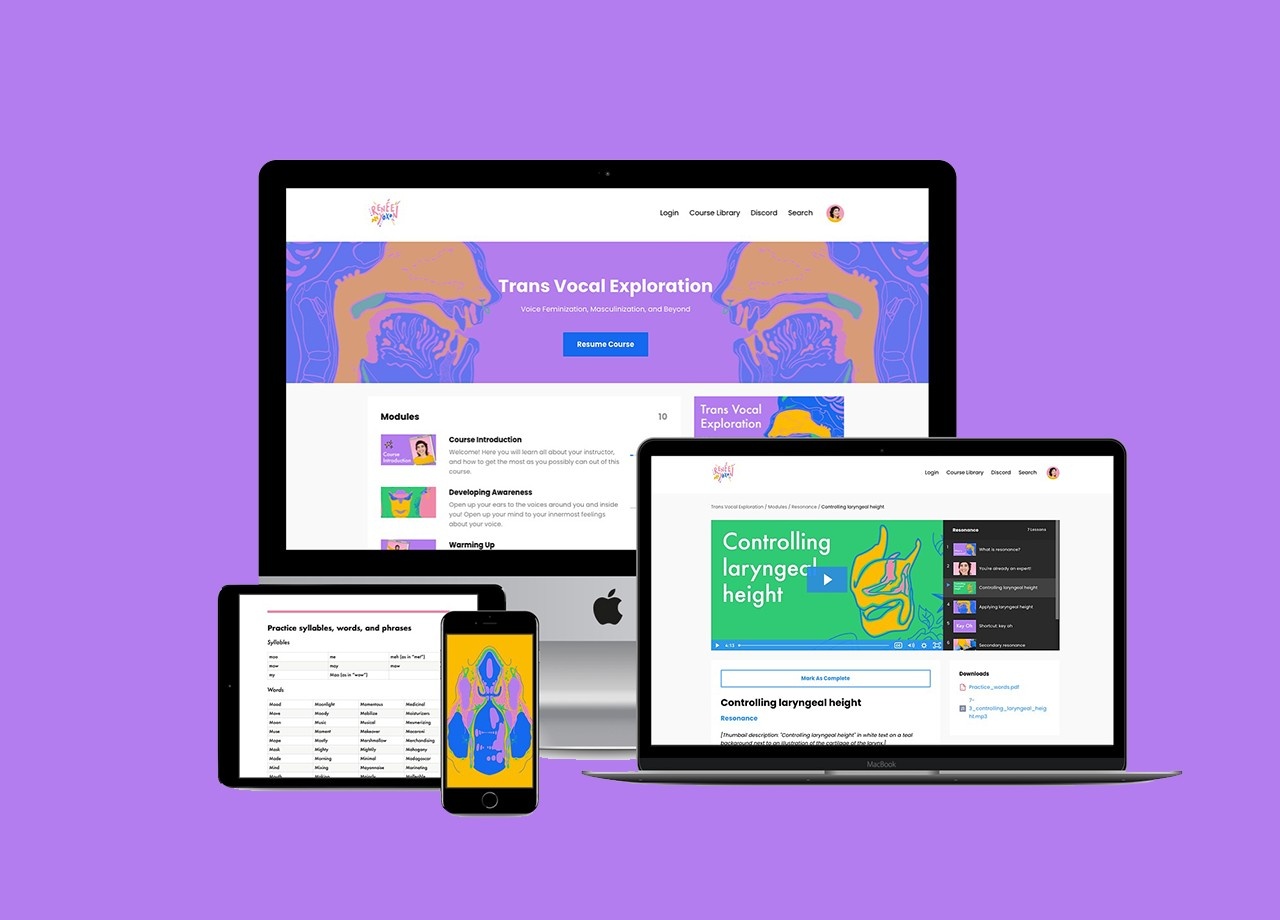 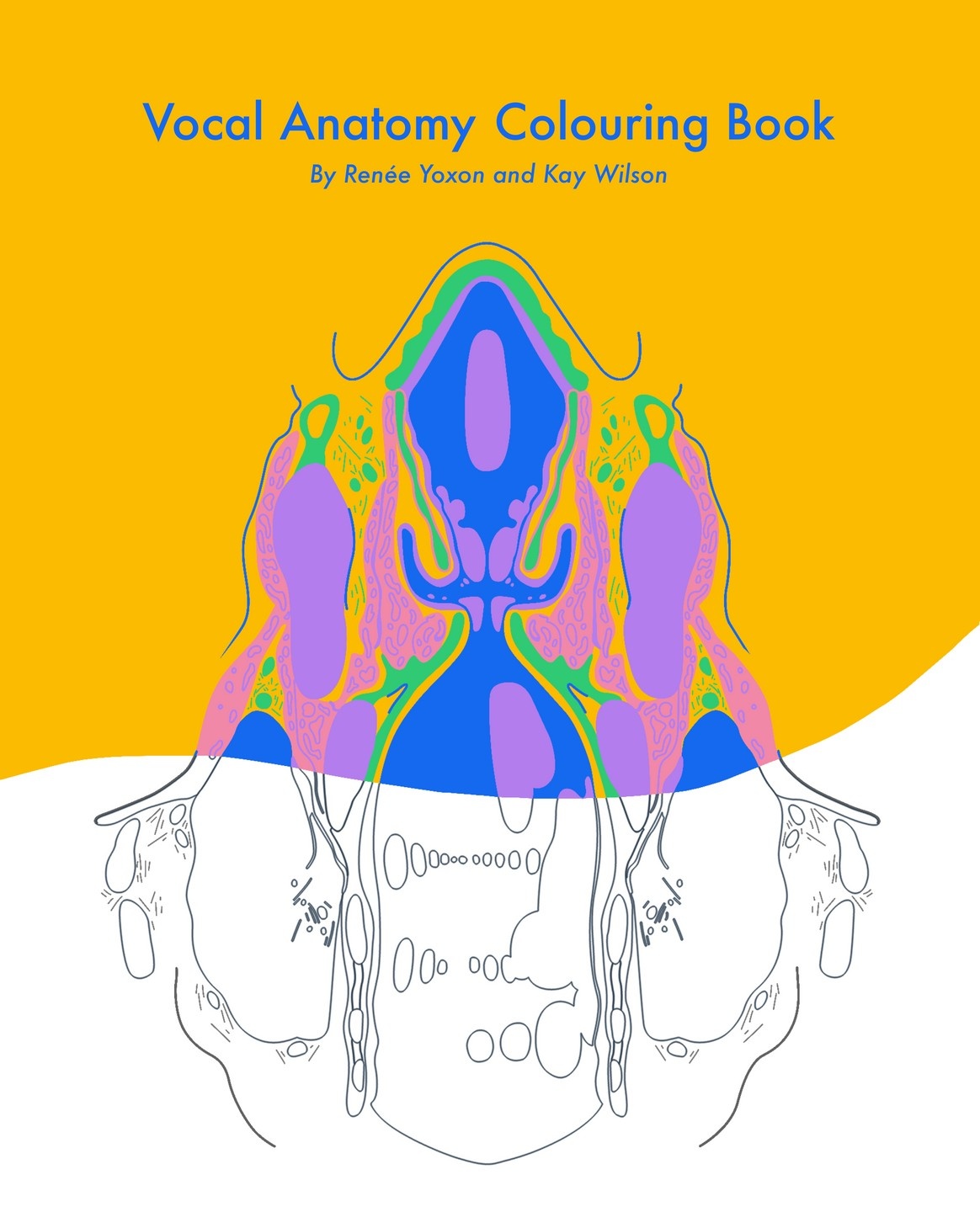